It doesn’t matter what you happen to be watching, or which theatre you’re at, but no visit to the movies is complete without the delicious buttery, sweet, and salty snack that is known as popcorn.

Popcorn has become synonymous with the movies, and with movie nights in front of the TV, yet in reality this tasty snack can be enjoyed anywhere, at any time.

The popcorn we’re accustomed to is often coated in butter, fried in unhealthy oil, and then liberally coated with salt, sugar, and other unhealthy toppings that taste great, but aren’t exactly very good for our health or our waistlines. That doesn’t necessarily have to be the case, as popcorn can also be healthy.

We know that popcorn can be healthy, but what about for people who are following a ketogenic diet which restricts the consumption of carbs? Can you eat popcorn on keto diet? And if not, what are the alternatives?

Here’s a detailed look at popcorn on keto.

Popcorn is heaven in a bucket. Now, we know that some would argue that that particular title belongs to fried chicken, but for us, popcorn is the king of the buckets.

In reality, it doesn’t matter whether you eat your popcorn out of a bucket, a bag, or even a pan, it will almost certainly be equally as delicious.

Popcorn is one of the world’s most popular snacks and is commonly consumed at movie theatres or on the sofa in an evening as you enjoy a movie night. It is made from, of all things, corn. Yes, shocking, we know.

Specifically, popcorn is a unique variety of corn kernel which, when heated, will expand and puff up, and essentially turn itself inside out. People often assume that everyday corn kernels are responsible for popcorn, but that isn’t the case at all. In reality, it is just one unique variety of corn responsible for popcorn, and that is Zea Mays Everta.

On the outside, it may look like a regular ole corn kernel, but that particular strainof corn is the only one with the ability to be ‘popped’. Put simply, if you try with a regular variety of corn kernel, all that will happen is that you’ll have a very hard, and very burnt corn kernel instead.

Popcorn is basically made by taking these particular corn kernels, heating them, usually in hot oil, until they ‘pop’ and turn inside out. The popped kernels can then be coated in melted butter, honey, syrup, salt, sugar, spices, and a variety of other different toppings and enjoyed at your leisure.

A quick history of popcorn 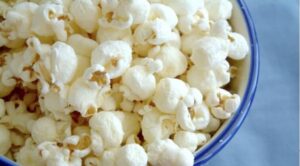 Popcorn is the ultimate fast snack, so in keeping with this, we’ll provide you with a quick look at the history of popcorn before moving on and looking at whether or not popcorn is indeed a suitable snack to enjoy on keto.

Nowadays, popcorn comes in fancy packaging, and is coated in a variety of different toppings. It turns out, though that we have known about popcorn for thousands of years.

For example, experts have found evidence of popcorn consumption in Mexico, which can be traced back to roughly 3600 BC.

There are even historians out there who believe that popcorn may have been the very first type of corn that human beings were familiar with.

We have been consuming popcorn, albeit in a primitive form, for many years now, and in fact, during the Great Depression, popcorn was a hugely popular snack because of the simplicity involved in making it, and because it was simply so affordable.

Because of the popularity of popcorn, more and more famers began growing and harvesting corn, and for many farmers during that period, corn cultivation specifically for popcorn literally saved their livelihoods.

During the Second World War, when sugar was rationed, candy production stalled massively and popcorn once again emerged as a hugely popular snack. In fact, popcorn production in the US tripled during this period, whereas many other industries suffered.

How about popcorn at the movies?

Yes, we know, we’ve not really mentioned much about keto and popcorn just yet, but we’re getting there, don’t worry.

Because popcorn was now so popular, when people went to the movies, rather than purchasing lobby snacks, they would take in their own popcorn and enjoy it while watching a movie. Initially theatre owners hated popcorn as it was dropped all over the floor, it was distracting, and it meant that they weren’t upselling their own snacks.

Savvy movie theatre owners however, saw the potential in popcorn as a snack and invested in popcorn makers in their lobbies and began selling buckets of popcorn for affordable prices.

Can you eat popcorn on Keto Diet? 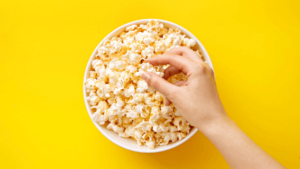 Keto, as you know, is a diet which restricts carbohydrates and promotes the consumption of moderate levels of protein, and high levels of fats as your primary macronutrients.

Popcorn is made from corn kernels, which are fairly high in carbs initially as they contain natural sugars. To make matters worse, most popcorn is also enriched with sugar and sweetened butter, which increases the carb content dramatically.

Now, natural popcorn, I.E popcorn which has been popped without the use of oil, I.E air popped popcorn done in an air fryer, is very healthy as it is rich in fiber, along with vitamins and minerals.

However, there is evidence to suggest that you can indeed consume around one cup of popcorn, on average, and still remain in ketosis.

Before you get too excited and reach for the sugar and melted butter, any additional toppings or seasonings that did contain carbohydrates, I.E sugar, would likely knock you out of ketosis, and nobody on keto needs that kind of negativity in their lives.

One single cup of popcorn popped using coconut oil, contains plenty of healthy fats from the oil, and just 4 grams of net carbs. Providing you go with a grass-fed natural butter, you could even go ahead and add some melted butter and a little salt for the ultimate salted popcorn treat, and still remain in keto.

In order to understand where popcorn fits into your keto diet plan, it’s important to understand the basics behind the nutritional values of popcorn.

These values vary depending on the method in which you pop your corn, but let’s look at some popular examples, shall we?

What are net carbs?

When determining the nutritional value of a specific food such as popcorn for keto diets, it’s vital that you understand the differences between carbs and net carbs.

Net carbs are what keto dieters focus on, and rightly so. A net carb is basically the carbohydrate content of a food or drink, minus the sugar alcohols (if applicable) and the fiber.

The net carb number is the number used to represent the grams of a carbohydrate that influence and alter your blood sugar levels. These, therefore, are really the only carbs you need to worry about when following keto, or any other low carb diet for that matter.

Foods with a low net carb content won’t noticeably alter your blood sugar levels, and are therefore far less likely to knock you out of ketosis, or slow ketosis down.

As we now know, providing you watch what else you’re eating, and providing you don’t add any other carb sources, you can indeed enjoy popcorn on keto now and then, as the occasional snack. But what other options are there?

Here’s a look at a few popular popcorn alternatives on keto for you to try.

Okay, technically this isn’t made from corn at all, but it resembles popcorn, so it’s staying.

To make keto popcorn, simply take a block of your favourite cheese, and cut it into small cubes.

Next, arrange the cubes half an inch apart on a greased baking sheet, and bake on a gentle heat for around 15 minutes, until the cheese has just started to melt.

Now, remove and shape inwards and leave to cool.

Doing this will help get more air into the cheese and help it to puff up more so that it looks more like popcorn.

Now, cool the cheese and then air dry it for 3 full days. Yes, that’s 72 hours. Cover them with a paper towel and then leave on the kitchen side, covered so bugs can’t get on them, and leave to air dry for 3 days.

After 3 days, check on them, and if they’re still rubbery, they’ll need more time to dry and turn hard.

Now, bake them again on a higher temp until the cheese begins to puff up, making sure not to burn it.

Now, take some corn extract, combine it with melted butter and drizzle over your cheese puffs, sorry, your keto popcorn, before tossing them in cheddar cheese powder.

Now, place into a bowl, or authentic popcorn cartons if you wish, and enjoy. 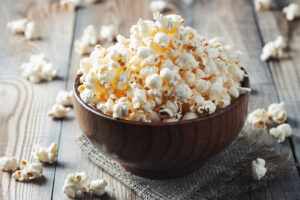 As mentioned, providing you don’t have too much and avoid carby toppings, it is indeed possible to enjoy popcorn on a ketogenic diet.

This recipe uses real popcorn and is ideal for those who love salted popcorn.

To make this keto friendly salted popcorn, simply take some un-popped raw popcorn kernels, place into a frying pan with coconut oil, and pop over a medium/high flame.

Once the popcorn has popped, set it aside, take some grass-fed natural butter, melt it, drizzle it over the popcorn, and throw in a handful of cracked sea salt flakes. Toss the popcorn in the melted butter and salt, and enjoy. 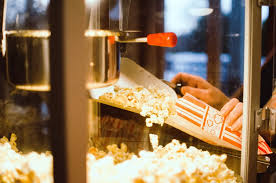 Okay, so, we’ve established that you can enjoy popcorn in moderation on keto, and we’ve looked at keto ‘popcorn’ made using cheese, but what other snacks can you enjoy if those aren’t appealing to you?

Whether you’ve a big movie night planned on the sofa, or if you just want to enjoy some snacks and still stay in ketosis, here are a few popular keto snack options to consider:

And that just about brings us to a close today.

We hope that you’ve found the content of this guide useful, especially if you are a popcorn fan but are following keto but still want a treat to enjoy on your next movie night.

Remember, when it comes to popcorn on keto, the key word to remember here is moderation, as, provided you limit your daily carbs and avoid sweet and sugary toppings rich in carbs, you can still enjoy a decent serving of popcorn, without hindering your progress. 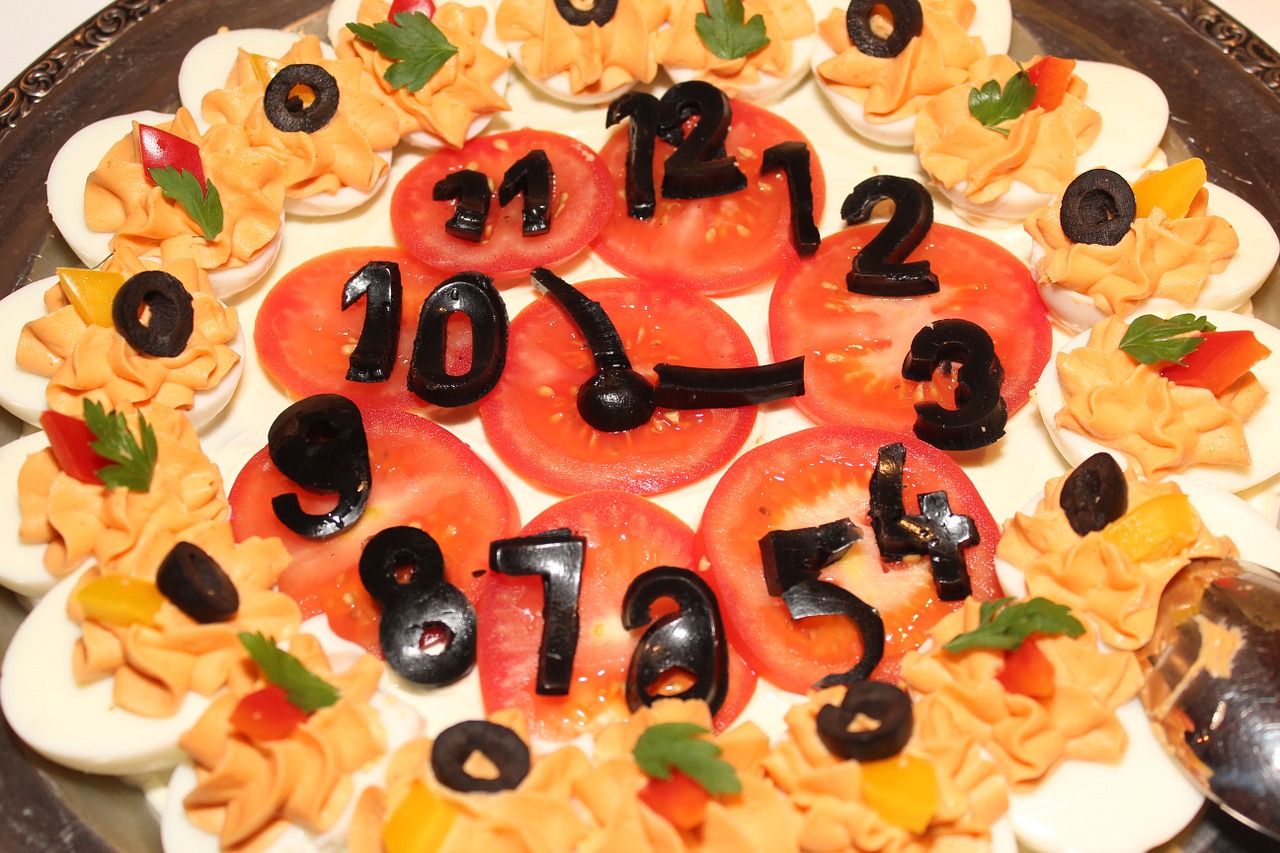 9 Potential Intermittent Fasting Side Effects You Should Know About 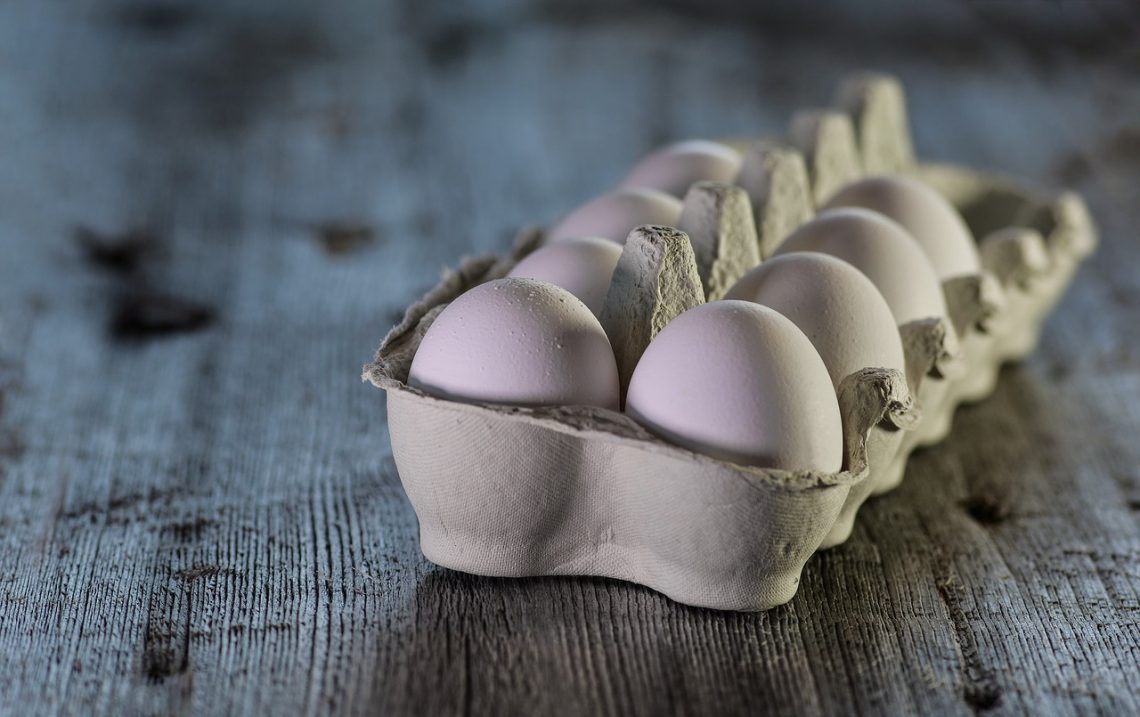 Can You Eat Eggs On Keto Diet? 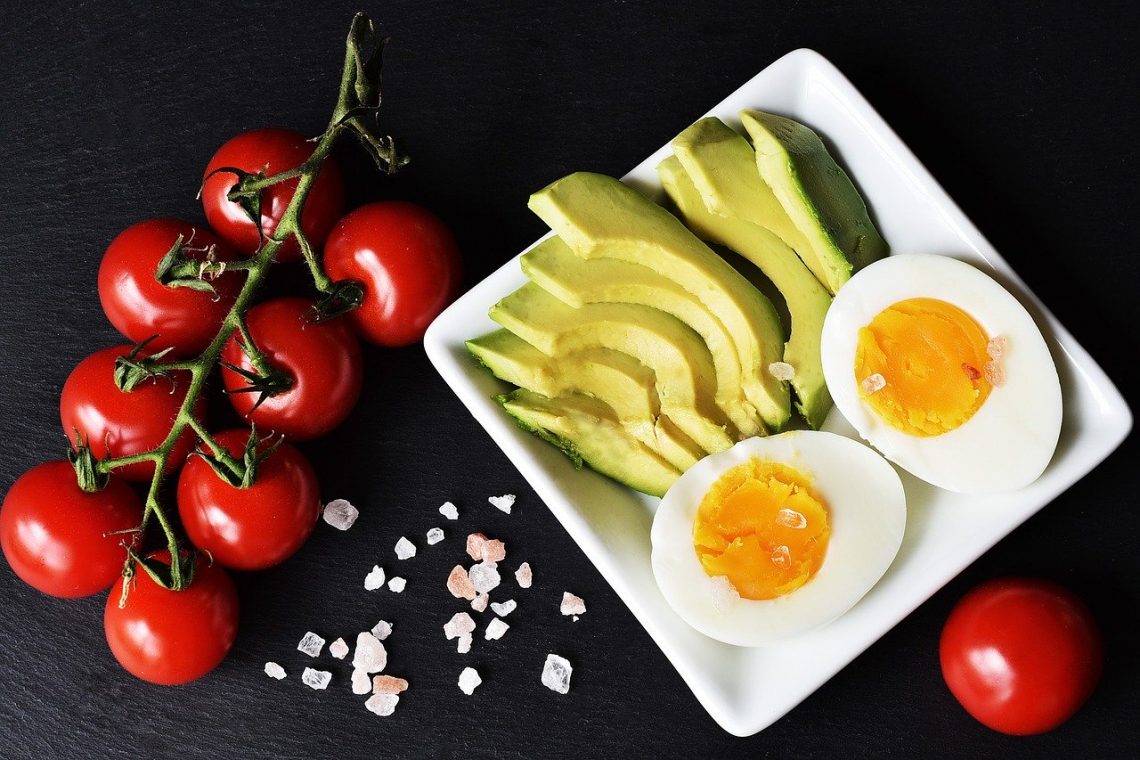 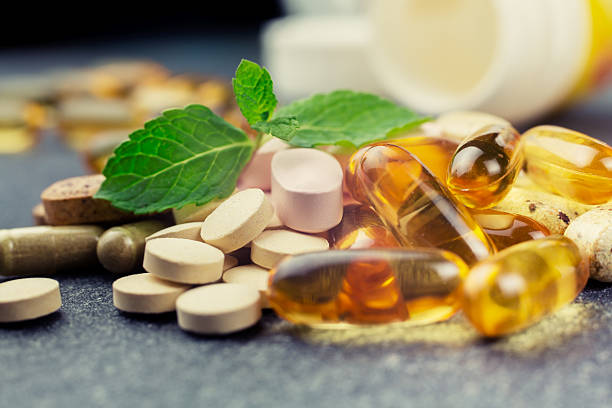 The Benefits Of Health Supplements

9 Potential Intermittent Fasting Side Effects You Should Know About

Can You Eat Eggs On Keto Diet? 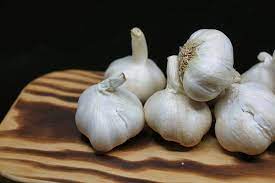